The LG STYLUS 3 boots on the latest version of Android OS i.e. v7.0 Nougat platform to perform its function. It also offers storage which is expandable up to 256GB with a Mediatek Mt6750 processor. It also gives a good camera of 13 MP rear and a 5MP front camera and a good battery backup. This is definitely one of the phones to look forward from LG Mobiles. You can also consider the LG K10 and LG Stylus 2 which fall in the same price range.

The LG STYLUS 3 price in India is 15000 INR which is above the nominal budget.

This mobile gives a lot of commendable features within a range of 15000 INR. It is a smartphone that can seek your attention with its smart features offered. It is available in black, gold and white colours.

The LG STYLUS 3 mobile is a very light  phone which weighs around 149 grammes. The measures of dimension are 6.13 x 3.14 x 0.29 inches. It offers single/dual nano SIM slots and dual standby.

The LG STYLUS 3 display offers an IPS LCD type of capacitive touch screens with a pixel density of 258 PPI. The screen resolution is of 720x 1280 pixels. The display size is 5.3 inches. It also contains multi-touch display features. The screen to body percentage specified by the phone is 69.2%.

The LG STYLUS 3 camera has 13 MP primary camera and a front shooter 5 MP for selfie lovers. Video recording of 1080p @30fps is available with the phone. Check out on its other features like geo-tagging, face detection, panorama, auto focus, LED flash and touch to focus. The quality offered by the phone is quite satisfactory.

The LG STYLUS 3 is boosted with a primary memory of 16GB with a 3GB RAM and LG STYLUS 3 memory card is also there utilised up to 256 GB.

This LG STYLUS 3 battery is of Li-Ion type powered with 3200 mAh which means a talk time up to 22h can be expected by the phone. It has a removable type of battery.

The LG STYLUS 3 mobile contains Octa-core MediaTek MT6750 processor which works on Cortex A-53 architecture. The frequency is 1.5 GHz. Mali-T860MP2 GPU is inserted in the phone.

The LG STYLUS 3 mobile has many good reasons that one should go for buying it. Although, you will be able to take your decision once you examine every feature very keenly. Within a price of 15000, it completely justifies itself by giving all the features. 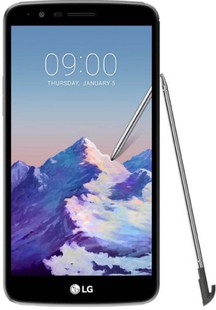