In the era of budget smartphones, LG is trying to rebuild its position in the Indian smartphone by introducing the entry-level smartphone. We believe LG Phoenix 3 would be a great entrant to its Indian lineup. Let’s talk about LG Phoenix specifications to determine why its a good entry level phone. Equipped with a 5-inches 854 x 480-pixel resolution display, which has a pixel density of 192 ppi. Powered by a Quad-core Qualcomm Snapdragon 210 processor, which clocks at 1.1 GHz. It is coupled with a 1.5 GB RAM and 16GB storage which can be increased via microSD card slot.

In terms of camera specification, it packs a 5MP rear camera, which can record 720p resolution videos. It features HDR and burst mode to make the most out of camera specification. On the front side, it has a 5MP selfie shooter for all your selfie needs. All this is powered by a 2500 mAh capacity battery, which claims to offer a day’s charge. Looking at the LG Phoenix features, what do you think it should cost in India? Well, if LG Phoenix price in India starts somewhere around Rs 7,000, it would get the attention it deserves.

Why should you buy LG Phoenix 3 in India?

If you're an LG loyalty seeker or have already established yourself as an LG mobile fan. Then, its a perfect match to your personality. 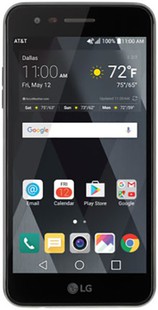