South Korean technology giant LG announced its latest mobile LG K10, 2017 edition at the recent CES’17. With its predecessor LG K10 (2016) already in the market, the company said that this will be an upgraded version. Let’s go into the details.

Unlike its predecessor, the new LG K10 comes with a MediaTek MT6750 Octa-core processor. The speed of the processor is 1.5GHz. The phone runs on the latest Android v7.0 (Nougat). Although its processor is quite better than 2016 edition’s Qualcomm Snapdragon 410, it’s still MediaTek. With the architecture of Cortex A53 and Graphics Processing Unit of Mali-T860MP2, the LG K10 runs lag-less while playing high-end graphic games.

The LG K10 comes with the same camera as its 2016 edition. With 13MP primary camera and a 5MP front shooter, the camera department looks good. The image resolution of the primary camera goes up to 4128x3096 p. Additional camera features of LG K10 include Autofocus, LED flash, Geo-tagging, Continuous Shooting, HDR mode, Touch focus, Face detection, and Panorama. But the video recording resolution has been upgraded from HD (720px1280p) to Full HD (1080x1920p).

Weighing around 142 grams and with dimensions of 146x75x8mm, this phone is built to be ergonomically brilliant. The 5.3-inch IPS LCD display comes with the screen resolution of 720x1280p. The pixel density of the capacitive multitouch screen is 277 ppi. The screen to body percentage of the phone is 69.2% although the side bezels are hardly bulky. Such is the design of LG. In future, the company is planning to create a revolution by changing the normal 16:9 ratio of screen to 18:9. Life’s Good for a reason!

The new LG K10 comes with a 3GB RAM and 32GB internal memory, which can be expandable up to 256GB.

At this price range, this is the best you can ask for. Although LG is not that much good in design and updates, the performance and camera of LG are some things to talk about. Meanwhile, take a look these mobiles at the same price range: Asus Zenfone 3s Max and Lenovo Z2. 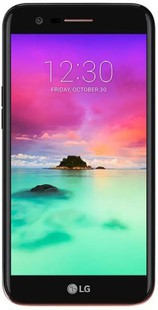