During the year when LG released their G3 model, they introduced a mini variant for the users looking to purchase a similar looking handset with downgraded specifications. It was called LG G3 Beat. For some reasons it has been named for the music lovers. But unfortunately there isn’t any music specific improvement on this handset. Talking about the LG G3 specifications, it packs a range of features including 1GB RAM and 8GB Internal memory. There is a rear camera on this handset which has a resolution of 8MP, whereas the front camera is of 2MP. In terms of the processor, you see a Quad-core chipset powering this device. All this is powered by a 2540 mAh capacity battery. If you are concerned about the LG G3 price in India, then, you don’t have to, it is priced affordable. 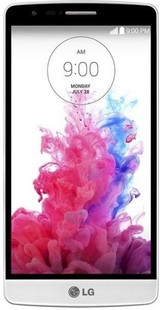