Over and over, LG mobiles have reminded that they are still in the flagship race! With the introduction of a new iteration every year in their G Series, it has a made it possible to see the best the innovation can give. Particularly, LG G3 was the handset that was quite impressive and revolutionary. It defined the LG’s no dedicated physical home button policy, which they have utilized on their next generation of flagship phones. Let’s talk about LG G3 specification on why it still makes sense to own it. Equipped with a 5.5-inches 2K resolution display, LG was one of the early adopters of a 2K resolution display on their phones. The internals includes 3GB RAM and 32GB storage, which can be expanded via microSD card slot. Powered by a Quad-core Qualcomm Snapdragon flagship chipset of that time, LG G3 ran Android 4.4.4 Kitkat OS based custom user interface. The camera specification was 13MP rear and 2.1MP front, which is still relevant today. Are you wondering about the LG G3 price tag? Well, it is something you won’t possibly fathom. Click on store link to find out. 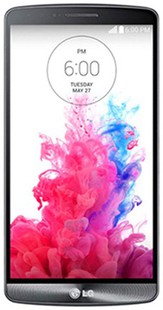