The LG FxO  is powered by a Qualcomm Snapdragon 400 MSM8926 Quad-core processor. Running on Firefox OS v 2.0 , the processor has a frequency of 1.2 GHz. Also, the Adreno 305 GPU makes the LG FxO an unsuitable platform for gaming.

The LG FxO packs a removable Li-Polymer battery with the capacity of 2370 mAh. It last more than 8 hours on a full charge max, it can last up to  10 hours.

The LG FxO comes with 1.5GB RAM and 16GB internal memory. The RAM and memory are not the best of this generation. The memory can be expanded up to 64GB.

Also, the LG FxO features a Light sensor, Proximity sensor, Accelerometer, Compass. A 1.5GB RAM is not the best. The LG FxO would be priced at RS 26,300 in India. It does not have much to offer.

The cameras, RAM, memory, screen and processor are not up to the mark set by phone of a similar price range like the One plus 3 and Moto Z play . The LG FxO does not run on standard Android OS or iOS , instead it runs on the Firefox OS and  would  cause some problems for Android  and  iphone users , it also uses a different download source app (not playstore or appstore). The LG FxO is not at all a phone worth its pric . It doesn’t have any stand out features and the basic ones it has is not up to date. It should not be a phone above Rs 5000 and would be better if you buy a Moto Z play or One plus 3. 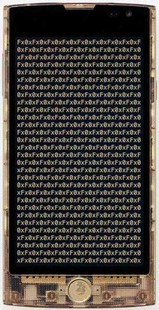