LG Electronics is an electronics company which makes their own smartphones. It offers capacitive touch screen phones for the low-budgeted buyers. The LG Aristo is expected to be priced just at Rs.6, 999 which is definitely a reasonable rate for a low budget smartphone. It already stands out from its existing products such as LG FX0 Transparent and LG Optimus L3 II E425 4GB.

A lot of smartphones are sold at this price but LG Aristo eye popping features such as display, internal storage and camera make it the best choice for buyers. It also comes with Android’s latest version 7.0 Nougat.

LG Aristo lacks behind when we talk about its RAM. But that is acceptable considering the price and specifications it promises to deliver for its customers.

LG Aristo is brilliantly equipped with the Qualcomm Snapdragon 425 SoC processor. The Quad-Core and Adreno 308 GPU makes it stand out among other brands like Motorola, Samsung and Nokia.

LG Aristo camera has a 13 MP primary camera and 5MP front camera. Yet another reason why it is the best pick for buyers. To support that, it has additional features like autofocus and LED flash. That is so cool for its price range but you can still check for Micromax camera as well.

LG Aristo specification storage reviews states that it will have 16GB of internal storage and 1.5 GB RAM. Another very interesting feature about this phone is that it has expandable microSD card slot up to 32GB.

LG Aristo battery is of Li-Ion type. The battery capacity of 2410 mAh is non-removable. Other phones offered in the same range could be compared with its battery specs to Onida, Lenovo and Asus which offers 2000 mAh of battery.

The phone has some common features that support Accelerometer, proximity and light Sensor.  It also offers gaming options with some of its pre-installed applications.

LG Aristo review is a completely satisfactory smartphone. For a low priced smartphone, it is definitely the best choice for the features offered. You can also review with some other mobile phones offered by Panasonic, Gionee and Redmi which come within the same range. But yes the verdict is in favour of this phone because of its OS configuration and camera features.

The LG Aristo release date or price in India is something that there is no news over. The price seems to fluctuate and there is no confirmation if LG will even launch this mobile now. If waiting for a new mobile to come out is not your forte, you could always check out the Infinix Hot Pro 4, Moto E5 Plus, or the Redmi 4, that are in the same price margin and offer better specifications.

LG Aristo full specs and reviews as of Nov 2022. Buy it here! 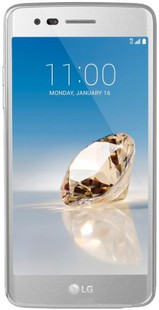