After being launched on the market in April 2017, the Lephone w7 has made it through the minds of the users across the nation with its impeccable quality and enhanced features. Running on Android v6.0 Marshmallow, the Lephone w7 is powered by Quad-core processor and is available at a price of Rs. 4,599 in India. Ideal for users having a low budget, the Lephone w7 amalgamates plethora of features that one can expect to be available in this price range.

This smartphone has a built-in memory of 8GB and runs on 1GB RAM.

The microSD slot can be expanded up to 32GB only.

The battery capacity of the phone is 1800mAh.

The 5-inch display of the smartphone is TFT in nature and has a screen resolution of 480x854 pixels. Registering a touch as it comes in contact with a conductive object, the Lephone w7 display has a pixel density of 196 ppi, and the multi-touch display makes it even more comfortable for the users.

The 5MP + 2MP camera unit allows one to do get quality mobile photographs. Making it easier for one to capture videos of 2592 x 1944 pixels, this Lephone w7 promotes best video making and viewing experience. Adorned with features like LED flash and digital zoom, the Lephone w7 is undoubtedly one of the first choices that one can make.

Benefitting the users with 8GB of internal memory, this smartphone caters to the need of saving media files like videos and films along with documents. The 1GB RAM ensures smooth functioning. The microSD card slot that can be expanded up to 32GB solves discrepancy of available space..

The Li-ion battery in this phone has been designed to be of 1800mAh capacity. However, the battery can’t be removed though. The battery capacity is definitely something that will have people frown about. Given the processor specs, RAM, and price, this is something that can be swept under the rug.

Banking upon the efficient Quad-core processor that is able to function at a 1.3GHz frequency, the Lephone W7 comes with Android v6.0 Marshmallow that has the capacity to offer the smartest shortcuts and at the same time can gift a battery that works smarter instead of working harder. Enabling the user to save battery when the phone is not in use, the DOZE technology present in the Android v6.0 Marshmallow prevents battery from being drained. The user is also gifted with enhanced security features like fingerprint security.

This is a phone that can be a good option for someone who is switching to a smartphone or to those who are looking to get a secondary phone. Enabled with 2G/3G/4G/Wi-Fi connectivity, this smartphone comes dual-SIM enabled and can be connected via v2.0 USB connectivity and also offers A-GPS system. Though, this smartphone has very little battery capacity that will barely make anyone happy, the salient features like the presence of the Android v6 Marshmallow, the enhanced camera unit of 5MP+2Mp and memory storage of 8GB along with microSD expandable up to 32GB can really contribute to user’s satisfaction. 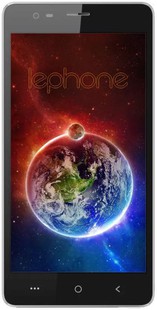