Lenovo ZUK Edge release date in India: Rumoured to be released in December 2016

Lenovo ZUK series has been one of the prominent series in Lenovo’s smartphone army after the Vibe and K series. The Lenovo ZUK Z1 is one of the most selling devices in its cadre.

Does not support expandable memory

The Lenovo ZUK Egde camera is a 13+8MP camera unit. The  13MP Primary camera is aided by a built-in LED flash unit to enable the user to click grain free pictures in low lumen conditions. The camera also features Geo-tagging, touch focus, face detection, HDR, and panorama. The selfie shooter on this is a 8MP camera.

The Lenovo ZUK Edge’s display is a 5.5-inch touch screen that has a display output of 1080 x 1920 pixels with a pixel density of 401 pixels per inch. The screen to body ratio and insights on protective layering isn’t out yet.

The Lenovo ZUK Edge battery is an efficient 3000mAh unit. At this price, it could have been a larger one. However, it’s not disappointing as well.

The Lenovo ZUK Edge price in India is around 17,000 rupees and at this price the phone competes with the upcoming Moto M, Moto X Play, Mi Max Prime, OnePlus X and other strong smartphones under 20,000 rupees list.

Lenovo ZUK Edge full specs and reviews as of Feb 2023. Buy it here! 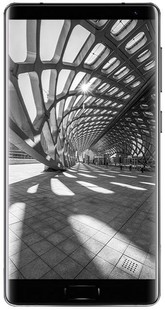