Lenovo became the world’s top PC maker in 2005 and then ventured into the smartphones market in 2012. Since then it’s  been producing high-quality smartphones, feature phones, and tablets along with other devices. The RocStar A319 is one such smartphone in the cost-effective range.

The device offers Android KitKat OS, high-quality speakers, Dual-core CPU, good cameras, decent display, and good battery backup. The device is made to provide a  powerful and impressive multimedia experience. The device is stylish and sleek and is available in White, Black, and Red variants.

The A319 comes with a 4-inch IPS LCD display at a resolution of 480 by 800 pixels at a  pixel density of 233 ppi. Booting of Android 4.4 KitKat, the device is powered by a 1500mAh Li-ion. The company claims that the device promises up to 10 hours of music play, up to 3.5 hours of talk time, and 240 hours of standby when connected to a 3G network. Commenced on a 1.3GHz Dual-core processor coupled with 512GB RAM is placed on a MediaTek 6752 chipset, the device is an ace multitasker. The RAM is a slight drawback but can be ignored as the basic tasks can be performed smoothly.

The device has a delightful pair of cameras. Equipped with a primary 5MP camera supported by LED flash, digital zooming, and fixed focus. In the front, the device has a 2MP snapper for crisp selfies and video calling. Talking about the storage of the device, it offers an inbuilt storage of 4GB that can be further expanded up to 32GB via a microSD card.

Talking about its connectivity features of the device it offers dual 3G network, Wi-fi, Bluetooth 4.0 with BLE, GPS/A-GPS, GPRS, and USB connectivity. The device also has mesmerizing Dolby Digital plus speakers to provide high-quality sounds.

The Lenovo RocStar A319 price starts at an attractive range of INR 5500. 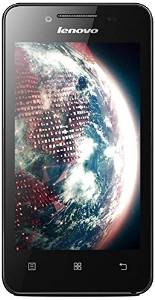