After its K7 Note being announced, Chinese mobile manufacturer Lenovo is planning to come with its next device in the Note line, Lenovo K8 Note. According to the rumors, the Lenovo K8 Note release date in India is expected to be around mid-September 2017. We have a leaked data of specifications and features of the upcoming sensation. While we’re at that, let’s go through them and discuss what can we expect from the upcoming Lenovo K8 Note.

The Lenovo K8 Note has been reviewed as one of the best choices an Android Lover could lay their hands on without burning a hole in their pocket. The phone features next-generation technical specifications and the usability too is top notch. Thus contributing to making this one of the most widely sold mobiles in the smartphones under 15000 list.

Processor:
Reportedly, the Lenovo K8 Note will be powered by a MediaTek MT6753 Octa-core processor with Cortex A53 architecture. The speed of the processor is 1.3GHz and the Graphics Processing Unit of the phone is Mali-T720 MP3. The MT6753 processor is a Qualcomm Snapdragon equivalent of 625 processor. With this processor, you can play high-quality games and vigorous multi-tasking without facing any hassle. Also, the 4GB RAM performance just adds to it.

Camera:
Now the cameras of the Lenovo K8 Note are quite a winning combination. The 13MP primary camera paired with an 8MP selfie camera can cover up all your shooting needs, be it a selfie, an outdoor photo shoot or a picture in low light. Video recording quality of the primary camera can go up to Full HD (1920x1080). Also, the primary camera comes with features like Phase Detection, Autofocus, Exposure Compensation, ISO control, HDR, Digital Zoom, Image Stabilization, and Touch to focus. The new update states that the Lenovo K8 Note will be featuring a 13+5MP dual rear camera and a 13MP selfie camera along with a selfie flash. This is the first device from the house of Lenovo that would be sporting a rear dual camera for a DSLR effect.

Battery:
Seems like Lenovo didn’t want to do any tweaks to the battery. The Lenovo K8 Note comes with the same battery as its predecessor, the K7 Note. The 4000 mAh non-removable battery is a huge boon for a midrange phone like this. Also, this Li-Polymer battery supports Quick Charging, which is more than you ask for along with a 4000 mAh powerhouse.  With this unit backing the Lenovo K8 Note, the phone should last at least for a day in strenuous usage. So, don't worry about your location, data, or wireless being on, this one feeds them all and still live through to see the next morning.

Design and Display:
According to the information we’ve received, the Lenovo K8 Note is going to sport a 5.5-inch display, same as its predecessor, with Full HD resolution and 401ppi. The screen to body percentage of this phone is going to be 70.81%. The fingerprint scanner will be rear-mounted, placed right below the rear camera and the LED flash. Both the volume rocker and power button will be placed on the right side of the phone.

Storage:
And coming to the storage, this Lenovo K8 Note is going to come with a 3GB RAM and 32GB internal memory. The Lenovo K8 Note comes with 2 storage variants 32&64GB. Both these variants support the use of expandable storage up to 256GB through a dedicated memory card slot.

Apart from that, this phone will be coming with dual-SIM connectivity and will be running on Android Nougat. Few other sources say that it might also be Android Marshmallow. Other than fingerprint scanner, the Lenovo K8 Note also comes with a Light sensor, a Proximity sensor, Accelerometer, Compass, and a Gyroscope. And the Lenovo K8 Note price in India is expected to be around INR 12998.

Verdict:
Honestly, for a midrange class, this device is more than you ask. It comes with everything latest including the Nougat OS, 8MP front camera, 4000mAh battery, a powerful processor, and a fingerprint sensor. All in all, Lenovo K8 Note would be a super buy, without any second thought. The Lenovo K8 Note is speculated to be one of the first devices from the house of Lenovo that will be featuring a Dual rear camera setup. The K8 Note will be featuring a 16MP rear camera to get you the smartphone photography experience on the go. That's not all, the intuitive UI and high processing capabilities make the device one of a kind.

The Lenovo K8 Note release date is scheduled to be on September 1. That means the phone will be available for purchase from the 1st of September exclusively on Amazon. So, if you've been planning on getting this one. Get ready for the sale. The Lenovo K8 Note has been released and the phone is one of the first phones with a Deca-core processor. The K8 Note is hands down the best Note that Lenovo has produced. The pricing quotient, value for money, customer-centric approach and efficient after sales service makes the Lenovo K8 Note a good buying option. The Lenovo K8 Note how has a successor and the new one is a mean machine equipped with a Dual-rear camera, large screen, High RAM and adequate storage.

These are what the next generation of the Lenovo K8 Note gets to the table and the world is impressed with the K8 Note too, for the price it comes with. So, if you like what you see here, we suggest you click on the store link before it goes out of stock. Cuz according to the company, their handsets are getting sold like a hot cake. 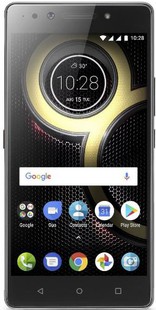