Chinese mobile manufacturer Lenovo announced its new mobile A8000 recently. With this A-series alone, the company has flagged its domination amongst the mid-range customers in India. Now the tech firm is back in the market with another mid-range mobile Lenovo A8000. The Lenovo A8000 is the new contender for mobiles below 10000 categories. To be the best mobile in this competitive segment, Lenovo has revamped the Display unit, Processor capabilities and the design and feel of the smartphone. Let's find out about the Lenovo A8000 specifications.

The Lenovo A8000 is powered by a Qualcomm Snapdragon MSM8916 410 Quad-core processor. The phone boots on the latest Android OS v7.0 (Nougat). With the processor speed of 1.5GHz and Cortex A53 architecture, the mobile is a decent bet for gaming and multitasking. The Lenovo A8000 specifications from what's offered under its hood seem impressive and this will go a long way in making the Lenovo A8000 one of the most sought mobiles under 10000.

The phone comes with a 13MP primary camera and a huge 8MP front camera. The main camera also comes with a LED flash, Touch to focus, Autofocus, Geo-tagging, Panorama, Digital Zoom, and Face Detection. The video recording quality can go up to 1080p @30fps.

This phone packs a removable, Li-ion battery with the capacity of 3000mAh. The battery is the only downside of the phone, as for this price, the likes of Redmi Note 4 offer a 4100mAh battery. Lenovo A8000 could have done it better!

Weighing around 145 grams, the phone comes with the dimensions 153x76x8mm. The phone sports a 5.5-inch IPS LCD display with the pixel density of 267 ppi. The display of the A8000 features multi-touch and Lenovo Vibe. The screen to body percentage of the phone is 71.5%. This display configuration can be compared to those phones that are very close to the 15K mark or over the smartphones under 15000 line. This design and display make for the great addition to the Lenovo A8000 specifications.

The Lenovo A8000 comes with a 3GB RAM and 32GB internal memory, which can be expandable up to 128GB. Yes, the phone comes with a dedicated expandable card slot. At this price, the specifications offered on the Lenovo A8000 seem satisfactory in terms of storage. Could it be better? Definitely Yes. But are we complaining? Absolutely not.

Additional features of the phone include an Accelerometer, a Proximity Sensor, a Compass, and a Gyro Sensor. Few of the differences between this one and its standard predecessor Lenovo A7000 are that the A8000 upgraded from a 2GB to 3GB RAM, 8GB to 32GB internal memory, 8 to 13MP main camera, 5 to 8MP selfie camera, Android Marshmallow to Nougat, and MediaTek to Qualcomm Snapdragon.

Why should I wait for Lenovo A8000 release in India?

At this price, this is a decent buy considering all its specs and brand value, but again, check out Redmi Note 4 before leaning towards this one. The Lenovo A8000 now joins the smartphones under 10000 bandwagon alongside the Redmi 4, Moto E5 Plus, and a few others. High RAM, fast processor, adequate storage, and a powerful battery makes the Lenovo A8000 a decent buying option.

What's the update on Lenovo A8000 release date?

> If Lenovo wants to rely on its K Series handsets, then, it might not be a right decision. With Lenovo A7000 making a good mark in the budget-friendly segment, it might be good decision to release Lenovo A8000 in India in 2018. Comeback for an update on Lenovo A8000 release in India.

> This time of the year is when Lenovo starts releasing handsets, but unfortunately, the wait is longer this year, since there are no announcements from the brand regarding the successor to the A7000.

> Lenovo has escaped their usual window of the year to launch new handsets. Which means they have something cooking up and if its upgraded Lenovo A8000 then, it would be amazing. Unfortunately, is no news regarding the release date of Lenovo A8000. 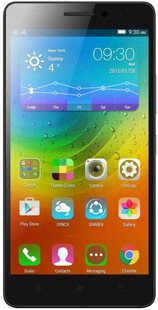