LeEco is a Chinese multinational business house. The company has ventures in consumer electronics, film, automobiles, and other business.  LeEco has expanded to nations outside of China, like the United States and India. LeEco rolled out a new flagship Android smartphone in order to rejuvenate the brand which has been struggling on the financial front. LeEco Le Pro 3 AI comes in three colour variants – Gold, Rose gold and Black. The smartphone is available in China since April 2017. The price in India starts from Rs.26700 and the handset may be launched in October 2017.

The LeEco Le Pro 3 AI is powered by a 2.3GHz Media Tek Helio X23 processor and it comes with 4GB of RAM. The Le Eco Le Pro 3 AI  runs Android v5.0 (Lollipop).The Le Pro 3 AI, as the name indicates, is the firm’s first mobile phone with the built-in AI voice assistant. Called LeLe, it is integrated into all LeEco apps and as well collaborates with third-party apps. But it is not clear whether the assistant only understands Chinese or can support other languages too like English. A Mali-T880MP4 GPU manages the graphics functions of the device.

The key highlight of the Le Pro 3 AI is its dual primary camera unit. The android phone is equipped with two 13 MP rear sensors, with one capable of snapping pictures in RGB colour and the other in monochrome. The cameras come with a f/2.0 aperture, a dual LED flash and phase detection autofocus (PDAF). You can as well shoot 1080p videos at 30fps and 720p  slow-mo videos at 120fps. The front-facing shooter is rated at 8MP and comes with a f/2.2 aperture. The front-facing shooter can be used for snapping selfies and making video calls.

This Android smartphone ships with a 5.5-inch touchscreen display and uses TFT technology. The resolution of the display is 1080x1920 pixels, while the pixel density is  401 pixels per inch. It weighs 168.00 gm and measures 152.40 x 75.10 x 7.50 (height mm width mm x thickness mm). The Android handset is equipped with dual SIM (GSM and GSM) and facilitates usage of Nano-SIM and Nano-SIM. Connectivity options in the handset include NFC, Headphones, Wi-Fi, Bluetooth, 3G and 4G Proximity sensor and Ambient light sensors in this Android smartphone.

The phone packs 32/64 GB of internal storage and there is no scope to expand the memory further.

The Le Eco Le Pro 3 AI is driven by a monstrous 4000 mAh non-removable battery. The battery can ensure non-stop show for long hours.

A large part of this android phone's selling point is its AI assistant. We'll have to wait and watch how this pans out, as they are not a good match for Google Assistant or Siri. However, the AI assistant is sure to attract mobile enthusiasts in India. 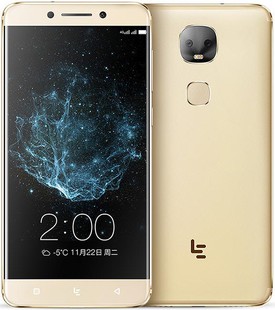