Indian Android phone company and Intex's key competitor; Lava announced the rollout of the Lava Z70, which is a part of the ‘Z’ range of Android phones launched by Lava. Like other Android phones by this firm, it is a budget handset which aims to provide only the essentials at an affordable price.The price of the handset starts from INR 8000 and the phone is due to be launched in October 2017.

As far as hardware is concerned, the smartphone is driven by a 1.3GHz Quad-core processor, which is housed on a MediaTek MT 6737 chipset. This pair of processor cores and chipset is clubbed with 2GB of RAM. The RAM ensures that the users experience a smooth and lag-free smartphone experience. As well using more than two apps at the same time will never be cumbersome. A Mali-T860 MP2 graphics processing unit is available and takes care of the graphical interface with ease. In terms of software,  the smartphone runs on Android v7.0 (Nougat) operating system. However, an upgrade to Oreo seems unlikely, considering the limited hardware configuration.

The Lava Z70 provides a 8MP primary camera at the rear featured with autofocus, LED flash, and Digital Zoom which enhances photography quality. It also has a 5MP front snapper along with an LED flash for clicking selfies and video calling even in low light conditions. As anticipated, the camera functionality is sub-par, but it is understandable, as the camera is often toned down on budget handsets to help keep the price tag low.

The Lava Z70 features a 5-inch display and comes with a resolution of 720x1280. The pixel density is 293 pixel per inch and outputs a sharp display. The display uses IPS LCD  technology. The display of the smartphone is covered with a 2.5D curved glass, which makes the screen’s edges very attractive.The device measures 143.00 x 71.00 x 8.30 in dimension and weighs around  140 grams.The handset is available in White, Gold, and Black color variants. As a plus, it flaunts a rear-mounted fingerprint scanner, which is uncommon for low-end smartphones.

On the storage ground, the Android phone has a 16GB default memory which can be further upgraded up to 32GB by using a microSD card.

The handset is powered by a Li-Po 2,500mAh battery, which will require the device to be charged multiple times a day. Company sources claim that it can render talk time of 11 hours.

The Lava Z70 is perceived as an ideal option for new/elderly mobile users.This handset has a superior functionality than many of the earlier LAVA handsets. The stylish design, adequate storage capacity and decent pair of shooters make it a nice choice. However, the smartphone comes with a simple configuration and the battery backup is inadequate too. Still, you can buy it if you seek a pocket-friendly smartphone. 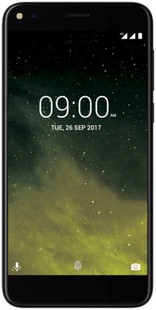