The Lava X38 is a smartphone that comes with an enormous battery life and other decent features. It is a really good product for people on a budget under 7000 bucks. It has everything you need from connectivity to cameras. There is no flaw except the front camera so far. You can definitely go for it if you are on a strict budget. The Lava X38 is a smart buy at INR 6799.

The Lava X38 is integrated with a 5-inch display with a breezy one handed use. It has a resolution of 293 ppi which is good enough for watching videos and browsing. Running the phone is a 1GHz processor paired with 1GB of RAM. This is enough for multitasking and playing games. For imagery, there is an 8MP rear camera that comes with LED flash. Whether you are in a club or a dark room, you can always capture memories. For the selfie addicts, there is a 2MP front shooter. The phone has a myriad of connectivity options including 3G, 4G, bluetooth, and WiFi among others. Coming to the most amazing feature; the battery. The Lava X38 packs a 4000mAh battery! We are very impressed as this is very rare, even for phones worth INR 20,000. If you get such a battery life under INR 7000, you should definitely go for it. 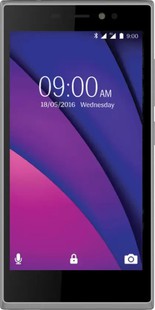