Lava has always been in the competition in the rising smartphone industry of India and around the world. Lava provides competitive prices while not cutting down on technological advancements in its products. This Unique Selling point of Lava has ensured success to itself and its customers globally. Lava Iris X8 and X10 are one of the most widely sold smartphones of Lava.

The Lava M2 is one of the most anticipated phone of Lava. It is due to be released towards end of December.

The Lava M2 is the slimmest among the other models of Lava. It is also the phone with the Highest RAM in Lava’s inventory. The 13+5MP camera, fast processors and sturdy design and build is definitely a plus.

The battery is slightly on the lower side as it comes with a 2600mAh battery.

The Lava M2 comes with a 1.3 GHz octa-core MediaTek MT6753 64-bit processor, Mali-400 graphics and is accelerated by 3GB RAM. The phone comes with the Android 5.01 version and can be upgraded.

The Lava M2 comes with an internal storage of 32GB and can be expanded up to 128GB. Having inadequate storage options will not be a concern with this device.

The Lava M2 mobile comes with a 5.5 inch Full HD IPS capacitive touch screen. The display output of the device is stated to be 1920x1080 pixels. The phone is equipped with  13+5MP camera with features like LED Flash, autofocus, Geo-tagging, touch focus, face detection, HDR, and  panorama

The Lava M2 comes with a 2600mAh battery a talk time of 10 hours and standby duration of 400 hours. The figures vary when used on different connectivities.

The Lava M2 price in India is rightly justified for the specification it has to offer its users. The phone will definitely come with the bells and whistles that we look for in an Android device. Lava currently competes with Coolpad and Mi in the Indian smartphone market. 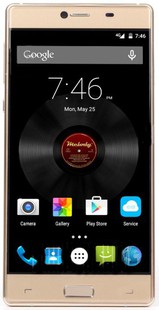