Entering into the low budget smartphone category, The Lava A73 phone was launched in February 2017, priced at 4199 INR on Flipkart. The phone has 8GB storage and can be expanded up to 32 GB. With an Android 6.0, the phone doesn’t have an updated version of the processor but should be a decent competition to other phones in this segment.

The Lava A73 runs the Android 6.0 Marshmallow operating system; the device is powered by a Quad core 1.2 GHz Cortex A7 processor paired with 1GB of RAM. Incorporated with a 1.2GHz Quad-core processor which ensures users a flawless smartphone experience, the chipset is paired with 1GB of RAM. Connectivity options include Dual SIM, FM radio, Wi-Fi, Bluetooth, USB and GPS. The smartphone will be available in only Dark Grey colour variant.

The Lava A73 incorporated with a 5-inch TFT display and powered up with Android v6.0 (Marshmallow) operating system. It has a screen resolution of 480 x 800 pixels and has a SAR value of 1.6 W/kg.

The handset is built with a decent 5MP main camera which with High Dynamic Range mode (HDR) shooting option. Selfie lovers can capture images from a 5MP front snapper inclusive of LED flash. For imaging; there are two 5-megapixel shooters; one at the back and one at the front. One of the most striking features of the device is that both the shooters are supported with an LED flash which promises better images, videos, selfies, and video calling.

On the storage ground, the phone offers an internal space of 8GB and for further expansion; the user can insert any microSD card up to 32GB in the memory card slot.

The Lava A73 comes in a budget friendly zone with front flash feature for the better picture quality. It is a finest option for the ones who want to enjoy 3G connectivity for long hours. However, the user can run limited applications due to less RAM. It should be a good option for those who have a limited budget and are looking out for a smartphone. 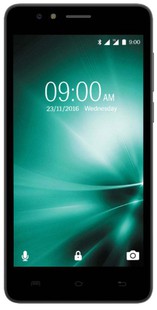