Karbonn is an Indian brand and a joint venture between Delhi-based Jaina Group and Bangalore-based UTL Group. The company manufactures both tablets and smartphones. Interestingly, it was one the three manufacturers to first bring Google’s Android One initiative to India. Karbonn A6 was launched in March 2013. The smartphone comes with a 4-inch touchscreen display with a resolution of 400 x 840 pixels. Karbonn A6’s price starts from INR 2,788 in India.  The smartphone is powered by a 1GHz processor and has 512MB RAM. The phone is packed with 104MB of internal storage and is expandable up to 32GB. The Karbonn A6 runs on Android 4 and is powered by a 1450mAh battery. The Karbonn A6 is a dual SIM smartphone. Connectivity options include Wi-Fi and Bluetooth. 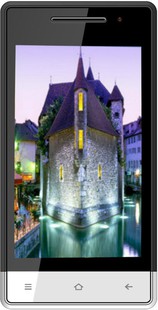