There are people in India who can’t really afford to spend more than 5,000 to buy a smartphone. It is a luxury for them, if not a necessity. India is going digital and with so many apps and services coming up to empower smartphone users and nation with a digital currency. There is a group of an audience, which is still stuck with feature phones and no 4G connectivity. For such people, iVooMi has introduced a budget-friendly phone that is going to empower them with the latest technologies. iVooMi iV Smart 4G is that smartphone, which promises a great performance and connectivity below 3,000. Let’s talk about iVooMi IV Smart 4G specifications. Sporting a 4-inches WVGA display, it is a tiny device that you’d like to carry in your pocket. The internals includes 512MB RAM, 4GB internal storage, which can be expanded via microSD card slot. There is a 2MP rear camera and a 0.3MP selfie camera. This device runs on Android 6.0 Marshmallow OS based user interface. Powered by an 1800 mAh capacity, company claims that it can offer a day’s battery life on average usage. 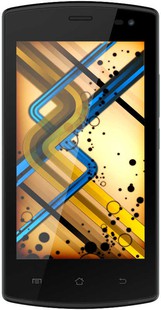