Intex Technologies (India) Ltd., incorporated in the year 1996 is a $950 million (INR 6400 crore) enterprise in India. The two-decade old consumer technology company is one of the key players in the world of mobile handsets. The company's flagship brand is 'INTEX'.

Brand Intex has in recent times has been awarded the ‘Fastest Growing Brand in India in Telecom Sector’ at World Brands Summit, a part of PHD Chamber of Commerce & Industry Indo-UAE Global Investment Summit 2016, ‘India’s Most Trusted Brand Award 2016’ by IBC Infomedia (A Division of International Brand Consultation Corporation, USA) and ‘Extraordinaire Award’ for Brand Intex by Times Now.

The new Intex Aqua S2 launched in October 2016 is the Smartphone for people who crave for speed. Let's go into the details.

The Intex Aqua S2 is powered by a Cortex A7, Quad-core processor with Spreadtrum SC7731C chipset.

Running on Android's Android v6.0 (Marshmallow), the processor comes with the speed of 1.2 GHz.Mali-400 MP GPU makes the Intex Aqua S2 not a favourable platform for heavy gaming.

Digital Zoom is there; both front and rear cameras support video recording.

The Intex Aqua S2 packs a removable Li-ion battery with the capacity of 2450 mAh. The sturdy 2450 mAh Li-ion battery that gives a talk time of 5 hours and standby time of 110 hours - so you don't have to keep running for the charger.

For this price, it is a good value for money.

The capacitive multi-touch screen has the pixel density of 196 ppi. This is the best display anybody can offer at this price range. Screen to Body Percentage of this Smartphone is 64.34 %. The Smartphone measures 146.4x73.0x9.65mm and

The fingerprint scanner is positioned at the back of the device in the middle underneath the camera module. A beautiful 12.7 cm (5) Display along with a faultless fingerprint scanner and smart gestures makes it a luxury for the Smartphone lovers. The 5 MP front and 5 MP rear camera capture crisp pictures and catch each minuscule detail effortlessly. Incredible built and three chic colors make this phone a cool trend. Aqua S2 Smartphone makes life purely magnificent.

The expandable memory in Intex Aqua S2 is 32GB whereas.

Also, the Intex Aqua S2 features an Ambient light sensor, a Proximity Sensor, a Compass, and an Accelerometer.

There are certain features that are expected only from high-end Smartphones. However, there are times when Smartphone manufacturers surprise the users by loading these features in a budget-friendly Smartphones. Intex has launched Aqua S2 Smartphone, which company claims is the cheapest Smartphone with fingerprint sensor available in India - it is priced at Rs. 4,490. 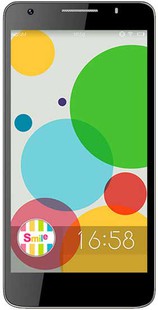