Chinese mobile maker Huawei announced two new mobiles at the recent Mobile World Congress 2017 and turned every eye towards it. The company unveiled the high-range mobiles Huawei P10 and Huawei P10 Plus which were the center attractions of the event. The Huawei P10 Plus release date in India is yet to be confirmed. Huawei is the OEM (Original Equipment manufacturer) of the Google's Pixel and Pixel XL series smartphones. Huawei mobiles are known for their design centric smartphones that get cutting edge technology and innovation to the table at a very reasonable price.

Let’s go into the details about Huawei P10 Plus…

The Huawei P10 Plus packs a HiSilicon Kirin 960 Octa-core (2.4GHz, Quad-core Cortex A73 + 1.8GHz, Quad-core, Cortex A53) processor, which runs on Android’s latest operating system v7.0 (Nougat). The 6GB RAM gives it all the quickness in the world in functioning. Also, it is built with Mali-G71 MP8 Graphics Processing Unit, which is more than a good deal for game lovers.

The best part about the phone. Huawei, which always claims that it is the best and advanced in cameras, stood by the word with its dual primary cameras for its Huawei P10 Plus. The company co-engineered with German camera maker Leica to produce 12MP+20MP primary cameras, with CMOS image sensor, 4000x3000 pixel resolution and 1.8F aperture, which are said to be the best ones around. Portrait mode is another key feature of Huawei P10 Plus’ camera, which enhances the photo and makes it look more fascinating. The front camera is an 8MP shooter with 1.9F aperture. The camera features also include autofocus, Optical Image Stabilisation,  exposure compensation, ISO control, Continuous Shooting, HDR, digital zoom, auto flash, face detection, and touch to focus.

The Huawei P10 Plus’ battery is a non-removable Li-ion powerhouse with the capacity of 3750 mAh. Also, the Quick Charging feature is available for P10 Plus.

Weighing around 165 grams, the Huawei P10 Plus comes in seven different colors, Ceramic White, Dazzling Blue, Dazzling Gold, Graphite Black, Mystic Silver, Rose Gold, and Greenery, which the company claims the trendiest smartphone colors of 2017. The Huawei P10 Plus, which wears ‘Hyper Diamond-cut Finishing’, packs a 2K IPS LCD display with the resolution of 1440x2560 pixels with Corning Gorilla Glass 5 as the screen protection. The 5.5-inch screen capacitive, multi-touch screen has 534 ppi with the screen to body ratio of 73.05 %.

The Huawei P10 Plus comes with a huge 6GB RAM and 128GB internal memory, which is expandable up to 256GB with a MicroSD card.

Also, after all this, Huawei P10 Plus is the first 4.5G LTE smartphone. Also, the company claims that its HiSilicon Kirin 960 is the most powerful chipset, which ‘born fast and stays fast even over 18 months usage’. But the reason we put this in ‘What’s not hot’ section is that it is not the highly used and reliable Qualcomm Snapdragon. The Huawei P10 Plus price in India (expected) is Rs 56000.

The Huawei launched its flagship mobile, the P10 Plus, which is a top-notch creation when it comes to the build and features. But, on a second thought, if you want to consider other mobiles too, then Google Pixel, Sony Xperia XZ Premium, and HTC 11 are a few suggestions. 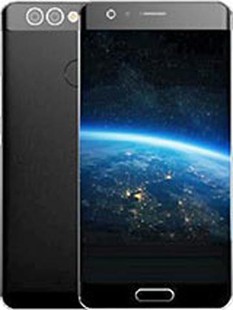