Chinese technology giant Huawei is back with its latest phone Huawei Mate S. Along with Huawei P10 and Huawei P10 Plus, the Mate S is also creating interest among gadget lovers for its ubercool features. The Huawei Mate S release date in India is expected to be around May, 2017. Let’s go further into the details.

The Huawei Mate S is powered by a HiSilicon Kirin 935 Octa-core processor with a 64-bit architecture. With  3GB RAM and 2.2GHz processor speed, the performance of the Huawei Mate S is exceptional. The Mali-T628 MP4 Graphics Processing Unit is a boon to the gaming lovers. The one downside of this processor is that it runs on Android v5.1 (Lollipop), which is a sure setback in the times of Android Nougat. But according to the sources, an OS upgrade is on the cards soon.

The Huawei Mate S packs a non-removable Li-Polymer battery with the capacity of 2700 mAh. At this price range, the 2700 mAh battery is a huge turn-off! Mobiles like Gionee A1 Plus offer a huge 4100 mAh battery instead.

The Huawei Mate S comes with a Mobile Weighing Machine, with which you can measure the weight of small scale objects. Also, another cool feature of the phone is Knuckle Sense technology. This helps you draw gestures and open desired apps with your knuckles. The additional features of Huawei Mate S include a rear-mounted Fingerprint sensor, an Accelerometer, a Proximity Sensor, a Compass, and a Gyro Sensor. The Huawei Mate S price in India is Rs 29999.

Considering the camera, huge RAM, best Fingerprint sensor and other cool features, the Huawei Mate S runs front in the race. But with only 2700 mAh battery and no Fast Charging technology, the run won’t long last. If you are strongly inclined towards this phone but concerned about the battery, a power bank will do the job. Or else, you can consider other phones at the same price range like OnePlus 3T or Moto X Force

Huawei Mate S full specs and reviews as of Oct 2021. Buy it here! 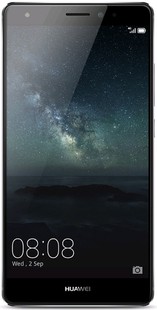