Huawei Mobiles have been one of the strongest contenders in the smartphone space along with Apple, Mi, Google, HTC and Asus. The Huawei Mate 9 is a premium phone that is to be launched

That will compete with the OnePlus 3, Pixel, iPhone 7, and the Mi Mix. The Huawei Mate 9 price in India is to be around 35,000 rupees.

The Huawei Mate 9 specs are very competitive with the premium smartphones that are now in the market. It comes with the Android Nougat operating system and is clubbed with the  EMUI 5.0. It features a Hisilicon Kirin 960 chipset and an Octa-core (4x2.4 GHz Cortex-A73 & 4x1.8 GHz Cortex-A53) processor. The high-end graphic interface on the large 5.9-inch screen is given the finish with a Mali-G71 MP8 GPU and a 4GB RAM unit.

The selfie shooter on this unit is an 8MP camera that has an aperture of f/1.9.

The Huawei Mate 9 comes with an internal storage capacity of 64GB and can be expanded up to 256GB using a dedicated memory card slot.

The Huawei Mate 9 houses a 5.9 inch IPS LCD screen with a screen to body ratio  of 77.5%. This super large screen produces a display resolution of 1080 x 1920 pixels with a pixel density of 373 pixels per inch. The screen protection for this mega screen is yet to be confirmed.

The Huawei Mate 9’s price and specifications are balanced with precision and they offer the state of the art technological features while not being exorbitantly expensive. Thus making the Huawei Mate 9 a good premium phone. 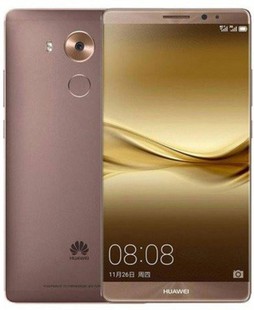