Huawei recently launched under its Honor banner, the Honor 8 Pro. The phone was released in the month of April in 2017. However,  it has not been released in India yet. The Huawei 8 Pro uses the latest Android OS: Android 7.0 Nougat. The other USPs of it are that it uses a massive 4000 mAh battery and has a screen size of 5.7 inches with a resolution of 1440 X 2560 pixels, which is very impressive for its class.

The Huawei 8 Pro is a dual SIM handset which can operate using a micro SIM and a Nano SIM. Other connectivity features are 3G, 4G, GPS, Wifi, Bluetooth, and FM. The phone also incorporates within itself various sensors such as an accelerometer, a proximity sensor, a gyroscope, and an ambient light sensor.

- The Honor 8 Pro operates on the latest version of the Android operating system, the 7.0 Nougat.

- It also runs on a very long lasting and durable 4000 mAh battery.

Since Huawei has not launched the Honor 8 Pro in India yet, it is not possible to find any faults I user experience. Nevertheless, the device looks and sounds impressive on paper, and should be a huge hit in the Indian market.

The Huawei Honor 8 Pro runs using a HiSilicon Kirin s960 Octa-core (4x2.4 GHz Cortex-A73 & 4x1.8 GHz Cortex-A53) processor, which is assisted by a Mali-G71 MP8 GPU. Technicalities aside, it runs on a smooth and efficient processor, not to mention its high-speed output.

The Honor 8 Pro offers cameras that can be best described as average, due to its price and the fact that it tries to fit the bill of a premium flagship device. It offers a 12-megapixel rear camera along with an 8-megapixel front camera.

The Honor 8 Pro features an internal memory of 128GB, which is expandable up to 256GB using a microSD card.

In conclusion, the Huawei Honor 8 Pro is a device launched with the aim of increasing Huawei’s monopoly in the smartphone market.The Honor 8 Pro’s price nor release date in India have not been released yet by the manufacturer. However,  if you have the money to spend, and you are in need of a new mobile device, this one tops the list as an obvious choice that you should buy. 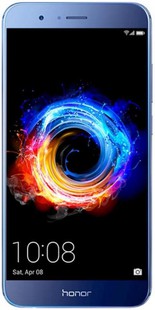