The Huawei Ascend Y210D is one of the earliest smartphones devices that were launched by Huawei. This device was launched when Android was just hitting its prime and was one of the favourite devices and most users had this on their mind. The Huawei Ascend Y210D priced at INR 3000 offers features that now seem outdated as this model never received a revamp from its manufacturers. Huawei's presence in low-budget smartphones arena is minimal and this phone stands exemplar to it.
The phone comes with a 1GHz Single-core Snapdragon S1 processor that is coupled with 256MB of RAM. On the storage front, it comes with 512MB internal storage that can be expanded up to 32GB using a MicroSD slot.
The Huawei Ascend Y210D is not the phone to go for unless you are looking for brand value and recognition in a range where none of it matters. 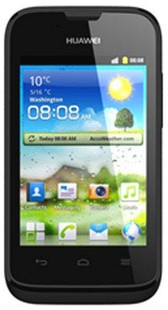