Huawei is a major smartphone manufacturer who is prominent for its devices in the premium category. The Huawei Ascend G300 unlike the other products in the Huawei smartphones lineup is a budget smartphone that caters to the entry-level users. The Huawei Ascend G300 comes with a basic Android version and minimal specs that one could expect from a phone in that drum. The phone features a 4-inch touchscreen that produces a display output that is far better than the other devices that fall in the same bracket. At 223 pixels per inch, the screen does a good job. The phone features an outdated Android Gingerbread variant that is paired with 512MB RAM. 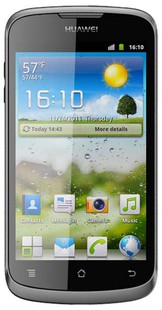