HTC is known for using cutting edge technologies in its phones along with stunning designs. HTC has is the original Equipment Manufacturer for the Google’s Pixel series. HTC One E9s is one of the many phones that were released in 2015 and yet continue to be one of the most widely sold phone throughout the world.

The HTC One E9s comes with a 13MP primary camera which features autofocus, LED flash, Geo-tagging, touch focus, face detection, panorama, and HDR. It records [email protected] videos. The selfie shooter on this device is a weak 4MP camera.

The HTC One E9s comes with an internal memory of 16GB and there is an option to use an expandable memory unit to expand it up to 256GB. The downside to this is though that there is no dedicated memory card slot present.

The HTC One E9s comes with a 2600 mAh non removable Lithium ion battery. The battery capacity should have been on to the higher side.

The Htc One E9s features and price are not in par in comparison to what the competition has to offer. The price is high for all the features that a user would be getting on purchase of this. In this price range you could consider the Moto G4, OnePlus X, Mi Max, and many other phones under 20,000 rupees. 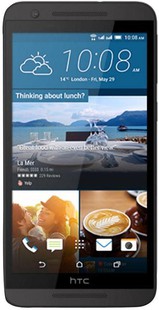