The brand HTC has come out with the budget friendly HTC Desire 650 phone available in two colours - dark blue and white with the HTC logo and the camera brim in the colour of faded blue and yellow respectively.

The first look at HTC budget phones makes you realise that when they compromise on the budget they notch up their looks by making the phone look chic and easy going. HTC Desire 650 is a phone that you can carry in style to your college or your workplace. The HTC Desire 650 primary camera provided is quite remarkable too.

HTC might have the branding to sell a budget phone with fairly lesser features but then again majority of the customers these days opt to go for a Chinese phones with better features. Also the HTC Desire 650 specifications are not very impressive.

HTC Desire 650 display comes with a 5.0 inch screen with IPS LCD capacitive touchscreen, 16M colours and a resolution of 720x1280 pixels (294 ppi of pixel density). The display and the pixel density could have been much better but works fine in general. But then again HTC is providing this phone with a Corning Gorilla Glass.

The HTC Desire 650 camera has a 13mp primary camera and a 5mp secondary camera. The combination is a good one for sure but not exemplary in its range. Video is given at [email protected] Other HTC Desire 650 camera features added are Geo-tagging, touch focus, face detection, HDR, panorama which are available in most of the other phones in the market.

HTC storage has always been an issue as the storage keeps decreasing with the usage of the phone. However, the HTC Desire 650 storage has a 16GB of internal memory and can be extended up to 256GB using the micro SD slot.

HTC Desire 650 phone has a quad core Qualcomm Snapdragon running on a 2GB RAM which is too low as the other ones in the market normally run on a 3GB RAM. This might be one of the major drawbacks for this phone but probably a charge in between of the day should keep the phone going. It also has the basic sensors such as Proximity sensor, Accelerometer and Ambient light sensor.

The HTC Desire 650 price in India is 11990 INR which makes it a decent budget phone. If you are looking for branding and surety then you might go for it, otherwise there are various other Chinese phones that can probably provide better. 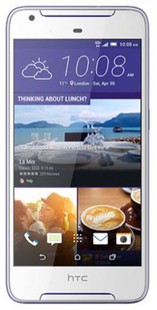