Huawei is a Chinese telecommunications company has been manufacturing mobile phones since 1997. It is also the largest telecom infrastructure maker in the world.The company makes Android smartphones and tablets. Recently Huawei has stepped into the smartwatch market. Huawei Honor 8 smartphone was launched in October 2016 with a price tag of Rs.19,990. Let’s have a look in to the detailed specifications and any interesting feature the device is armed with to make it a heavy competitor in its range.

The phone is powered by a 3000 mAh large battery supported by Smart Power which maximizes its standby time. According to the company the battery would last 1.77 days in normal usage and 1.22 days in heavy usage.

The flagship from Huawei has an internal storage of 16GB, which is expandable up to 128GB through a microSD card slot.

Other features include 0.4-second phone unlock, auto-learning skills set and 3D fingerprint reading. The built in custom smart key function defining a new style of touch. Furthermore, Honor 8 offers NFC tag read N write, P2P transfer, SIM/HCE- based mobile payment.One more notable feature to mention is the double antenna which can seamlessly switch to the one with a stronger signal, ensuring you always have the best possible reception.

With its excellent display, striking aesthetics, powerful performance, very good cameras and good software features has for sure marked itself high among the competitors even though it lacks few features like FM radio and a single SIM functionality. The Huawei Honor 8 is an exquisite masterpiece of innovation technology to pick. The Honor 8 Smart price in India is speculated to be around  29,999/- upon launch. 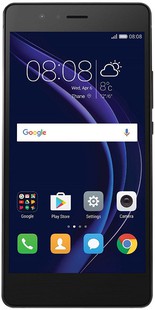