Its widely known that this year HTC is all set to release two new smartphones in the Nexus range in collaboration with Google, and the anticipation is very strong. One of the two smartphones codenamed Sailfish has recently surfaced on the web and is supposed to bring a stir in the smartphone market. The phone is yet to be released and the specifications are still a surprise but according to the news surfacing on the web, the Google Nexus Selfish specifications include a 5-inch Full HD (1080p) display, Google is also supposedly replacing the Nexus logo at the back with a ‘G’. The smartphone has a Quad-core Snapdragon 820 processor SoC, will boot on Android Nougat 7.0 out-of-the-box, and a majestic 4GB. The Nexus Sailfish has a good internal storage of 32GB, that can be further expanded via using a microSD card. For connectivity options, the device comes with Bluetooth, Wi-Fi, and a USB type-C port. As far as the cameras are concerned the Sailfish comes with a 12MP back and 8MP front shooter for an amazing selfie. The device will also support fingerprint sensor for easy security control. The Google Nexus Sailfish is powered by a 3400mAh battery, that will ensure long battery life. Google is making sure that the smartphone remains a premium offering, though the phone has a lot of similarities as its predecessors but with a full metal body and an impeccable industrial design.

Google Nexus Sailfish full specs and reviews as of May 2021. Buy it here! 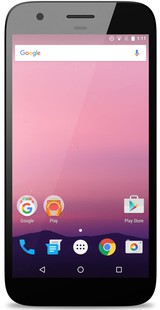