China-based Gionee was established in 2002, the brand has its presence in countries such as Vietnam, Taiwan, Myanmar, Thailand, India, and the Middle East. Gionee is becoming a brand to reckon with in India. Their S series of smartphones were a bit hit and to follow that their launch of S9 right around the corner would set the market ablaze with this model. S9 will be a 4G LTE phone carrying all the top end specification which a flagship phone should carry.

To understand more about what makes Gionee S9 a phone to go for, let's take a look at the technical specifications and features.

Gionee has always used Helio Processor , as Gionee S9 is going to be a flagship device  they would like to have a high-class processor which can deliver a good result . The Gionee S9 is equipped with 1.9 GHz Octa Core MediaTek Helio P10 Processor. It will be paired with a good 4GB RAM which can carry out all the processes.

The Gionee S9  comes with a  rear dual camera 13 megapixel primary and  a  5 megapixel  primary  camera along with a 13megapixel selfie camera. This assembly of camera is sure to give a photo enthusiast the details and sharpness  he expects from a flagship camera phone like the S9. Gionee S9 has [email protected] full HD video recording abilities.

The Gionee S9 will go with a metal body frame which will give it a premium look. The device will be launched in Gold and Rose Gold which are the most popular colors with such phones. The Display is a 5.5inch IPS LCD multi-touch display with 401ppi. It will be a full HD display and has 16M colors.  The device measures 154.20X76.40X7.40 and weighs 168.00 grams.

Gionee S9 will have an advantage over its storage. The device has an internal storage of 64GB. The Phone has in it an expansion slot which can expand phone storage to 128GB.

The Gionee S9  is a dual SIM GSM  supported  smartphone that accepts Nano-Sim on both the slots. The Connectivity options include Wi-Fi, GPS, Bluetooth, FM, 3G, and 4G. Sensors on the phone include Proximity sensor, Accelerometer, Ambient light sensor, and Gyroscope.

Gionee S9  is packed with all the features  that make this flagship noteworthy. If for small cons of S9 like Java not being available, non-removable battery, a little heavy weight of 168 grams, absence of NFC feature are not a big issue, then Gionee S9 is a flagship mobile to go for. 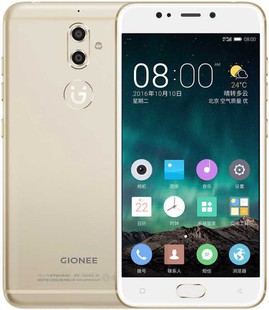