Gionee set its foot in the market in a year or two with its range of affordable yet efficient smartphones. The company now seems to be working on a phone that will feature an 18:9 edge-to-edge display. The company has not revealed anything so far but the device has made an appearance on GFXBench website. The list reveals some very interesting specifications like a 6-inch FHD+ display. With a 2160 x 1080p resolution this might be Gionee’s third smartphone with a full-display after the Gionee M7 and the Gionee Steel 2 Plus.It is expected to sport a rear fingerprint scanner as well. According to the website, it will be powered by a 2.3 GHz MediaTek MT6763 chipset along with 4GB RAM. Gionee S11 will run on company’s Amigo UI paired with Android 7.1.1. The battery capacity is a mystery but it is expected to be 3500 mAh. Camera specs include a 15MP rear and a 5MP selfie shooter. Special features of the camera still remain a secret. The Gionee S11 is expected to be priced at INR 29,900. 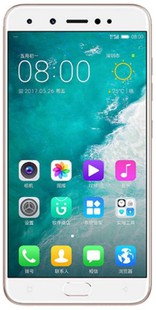