Gionee launched its range of ‘Selfie’ focused smartphones in May 2017. The Gionee S10C and S10B have similar features only with little differences in the camera and processor. The Gionee S10B comes with a 5.5-inch display with a 1080 x 1920p resolution which is pretty good. Powered by an Octa-core Helio P10 processor, the device comes with 4GB of RAM. Owing to the RAM there is no issue multitasking with applications or playing games. To top that, this phone flaunts a 16MP front camera which clicks great selfies even in the dark. The primary camera is a 13MP unit that does a good job in daylight. One might face a problem with the 64GB internal memory which is not expandable, though it is sufficient for normal usage. The 3700 mAh battery is a good feature as it packs up juice that lasts a day at least. One can go for this phone for its battery life and the front camera. The Gionee S10B is priced at INR 20,699. 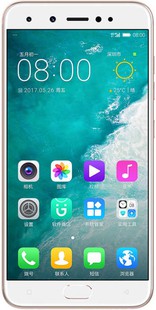