Gionee has made it presence felt in the market since it stepped in. This time around it has come up with the Gionee F5 phone. It has a commendable 4GB RAM, an internal storage of 64GB expandable up to 128GB and a spectacular rear camera at 13MP.

From the looks at the Gionee F5 specifications it is very surprising to see a selfie camera at 0.3MP. A front camera of such low quality is definitely one of its major drawbacks. Also like every other Chinese phone it does not work on the latest Android version and runs on the Android 6.0.

Gionee F5 mobile seems to be a good phone but since the Gionee F5 price in India is not yet known, not a lot can be said about the value for money. But it surely has a good RAM and storage capacity to vouch for.

The Gionee F5 body has light golden rim all around the phone. It has a comfortable display with not too fat bezels. The sensors and the front camera are placed together in the middle at the front. The rear camera is placed in the top left corner in the back followed by the LED flash right under it. Whether it has capacitive buttons which light up or not is not yet confirmed. Also the placement of the power buttons and the volume rocker is not yet known.

Gionee F5 display comes with a comfortable 5.3 inches display. The screen resolution provided is 720 x 1280 pixels with a pixel density of 277ppi. The screen to body percentage is measured to be 69.3%. It has a TFT display with multitouch. How good the display is with all the features can be judged once it is released and tested.

Gionee F5 camera features an impressive rear camera of 13MP. But the front camera is at a very depressing 0.3 MP. It is in fact very unusual for a smartphone of this age to have such a low quality front camera. It comes with the other camera features such as the Autofocus, PDAF Sensor, Gesture Shot, Voice Capture, Face Beauty, HDR, and Digital Zoom.

Gionee F5 storage consists of 64GB internal memory along with a 4GB RAM. Not only this, it has also given an option to expand the memory to 128GB using a MicroSD card.

The Gionee F5 battery is a 4000mAh Li-lon non-removable battery which holds 15 hours of charge.

It supports an Octa core processor with a 1.5Ghz frequency.

It is a Dual SIM phone which is 4G supported and runs on Android 6.0(Marshmallow).

The Camera, Storage and the Battery department are definitely the plus points. Once the Gionee F5 price is released, you can also compare it with phone released by Meizu, Gionee and Xiaomi. 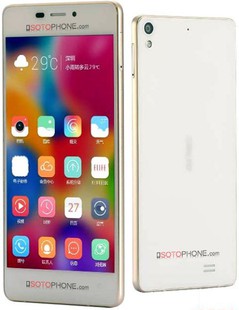