Topwise Communication Co. Ltd. A prominent Chinese ODM (Other Device Manufacturer) has ventured into the Indian Android phone market with the launch of budget friendly Android handsets. The Chinese company will sell its Android phones under Comio brand, which was launched in April 2014 in China. Comio P1, the flagship smartphone of this company is priced at INR 9,999 and will be available in color variants like Sunrise Gold and Metal Grey. The device will be available in the offline market through company's 10,000+ retail channel partners in India and will be launched during the 3rd week of September.

Comio P1 is managed by a 1.3Ghz Quad-Core 64 Bit MediaTek Processor and is supported by 3GB of RAM to handle multitasking.

In photography area, Comio P1 features a 13MP rear camera with options like Autofocus and F2.0 aperture. An 8MP selfie camera is available in the front of the handset to snap selfies and do video calls. The main camera app also enables you to snap bokeh effect supported by a software algorithm. At an overall level, camera output seems nice.

The metal unibody handset looks cute and uses Android 7.0 Nougat OS. The smartphone sports a 5.5-inch HD IPS display. The user interface looks pretty and is packed with anti-theft and an antivirus to safeguard the mobile phone from malicious attacks. Moreover, the device also presents an application called ‘Freezer', which limits the unused apps from functioning in the background to restrict usage of data and memory. The device also offers a rear mounted fingerprint sensor, Bluetooth, Wi-Fi, 4G VoLTE, and GPS. The IPS display is vivid and bright, however, it offers a limited 720p resolution. The Android phone comes with a hybrid dual SIM slot.

The company focusses on storage and is providing 32GB inbuilt storage in this handset. which is great. Using a microSD card, the 32GB ROM can be expanded up to 128GB.

The flagship handset Comio P1 focuses on battery backup which is long-lasting. The device is powered by a large 5000 mAh battery unit. According to the company, on a single charge, the battery unit will last for two days, thanks to the massive 5,000mAh battery.

The Comio P1 appears to be an ideal standard INR 10,000 phone with the right features on paper. However, creating a reputation for itself in the crowded Android phone market will be an uphill task. The company claims it has established around 400 customer care centers across the country, but providing timely customer care will be one of the key challenges in the coming days. The security, software, storage features in the device, a budget friendly price and tie up with Reliance JIO can certainly lure the Indian customers. 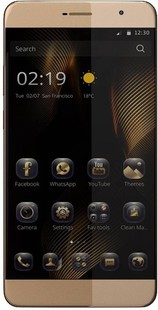