The fact that Celkon has done a decent job with feature phones is undeniable. But when it comes to smartphones we are a little disappointed. The phones have average features but the company is unable to face competitors like Lava and iBall in this game. Celkon launched the Millennia hero that comes with a 4-inch Capacitive IPS display and the resolution is average. It is good enough for watching videos. The text could have been better. It is powered by a 1.2GHz Quad-core processor paired with 1GB of RAM. Due to the low RAM, the performance is not that great. The good news is that it comes with a 5MP rear and a 3.2MP front camera, both click decent pictures for a click social media update. Coming to storage, it comes with 8GB internal memory which is expandable up to 32GB. We are disappointed with the 1700mAh battery because Celkon provides the same with its feature phones. Hence, the Android phones deserve better. Overall we think this is not the ideal choice as phones like iBall Andi 5K Panther or the Millennium Vogue carry better specs. The Celkon Millennia Hero is priced at INR 3499.

Celkon Millennia Hero full specs and reviews as of Feb 2023. Buy it here! 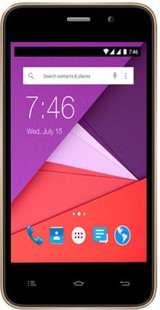