BLU is a new contender in the smartphone race in India. BLU mobiles have sold over 35 million devices in over 40 countries. BLU is a leading contender manufacturing a variety of smartphones and feature phones. The BLU Vivo 5, BLU Life Mark, and BLU Vivo 5R are one of the many phones of BLU that have made it big in India.

The BLU Life Max features an Android marshmallow operating system that is housed on a Mediatek MT6737 chipset and a Quad-core 1.3 GHz processor. The phone is powered by an adequate 2GB RAM unit and a Mali-T720 GPU. The specs of the processor don’t seem impressive but aren’t too bad either.

The selfie shooter on this unit is a decent 5MP unit with a front facing LED flash. This is definitely one of the things that will change the game for the BLU Life Max review. For, this is the only smartphone under 10,000 that has introduced a selfie flash.

The BLU Life Max design isn’t that impressive, but does a decent job for the price tag it will be launched with. It features a 5.5-inch IPS LCD screen that has a screen to body ratio of 70.7%. The screen produces a decent display resolution of 720 x 1280 pixels with a pixel density of 267 pixels per inch.

The BLU Life Max’s battery  is a massive 3700 mAh battery unit that shows a statistical standby time of 550 hours on 3G and a talk time of 19 hours on 3G.

The BLU Life Max features an internal storage capacity of 16GB and supports the use of expandable memory up to 64GB. This is inline with the Moto E3 Power and Coolpad Note 3.

The BLU Life Max price in India is marked around 7500 rupees and at this price the features offered are very competitive and is line in what the competitors have to offer. Thus, making the BLU Life Max a good buying option.

BLU Life Max full specs and reviews as of Apr 2021. Buy it here! 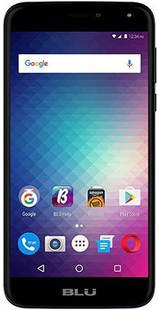