The BLU R1 Plus is yet another addition to the list of BLU mobiles. The BLU mobiles price list consists of feature phones and smartphones.  The BLU R1 Plus is an upcoming mobile and there has been no official communication from the US-based manufacturer on as to when the device would be released in India. The BLU R1 Plus price is speculated to be a little lower than INR 15000 and the features and specifications it offers do not seem very satisfactory when compared to what the competition has to offer.
The BLU R1 Plus features an Android Marshmallow OS that is seated upon a MediaTek MT 6737 processor. The 2GB RAM that it comes with allows users to seamlessly switch between apps and multi-task. 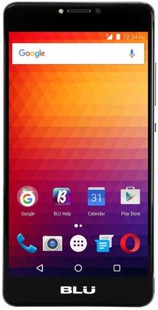