Runs on Android OS v0.6 Marshmallow, and has a Li-ion 2000 mAh battery

BLU is an American company which was founded in 2009, and is a known maker of budget Android smartphones. This company basically targets audience living in developing countries. BLU recently launched its new smartphone, the Advance A5 which is priecd in the range of mobiles under 6000. The Advance A5 runs on Android 1.3GHZ Quad-core MediaTek 6580 processor and comes with 1GB RAM. It also has graphics processor and 8GB of internal storage that can be expanded up to 64GB via a MicroSD card.The BLU Advance A5 is a single SIM (GSM) smartphone that accepts a Micro-SIM. It has various connectivity options like Wi-Fi, GPS, Bluetooth, USB OTG, 3G, and 4G. The phone consists of proximity sensor, Accelerometer, and Ambient light sensor. 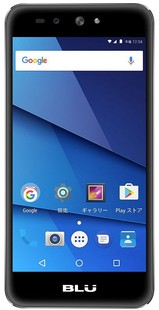