It is rumored that Apple is planning to roll out an upgraded iPhone SE 2 by the first quarter of 2018. The iPhone SE 2 will be produced in India by a firm called Wistron. It is also reported that Wistron will apparently start shipping the iPhone SE 2 in India first before making the phone available elsewhere. Apple iPhone SE 2 price in India starts from Rs.38,999 and is expected to be rolled out on Feb 2018.

In terms of hardware, the smartphone is taken care by a 2.34GHz Dual-core processor placed upon Apple A10 Fusion chipset clubbed with  2/3GB of RAM. It is further supported by a PowerVR GT7600 Plus GPU to address the graphics needs of the device. As far as software goes, the device boots on Apple iOS 10 OS sailing upon 64-bit architecture.

The Apple iPhone SE 2 packs in a 12MP main shooter and is supported by a dual-color LED flash at its rear. It also has a 2MP front-facing sensor armed with retina flash. The main shooter can snap 4k resolution images and as well features Geo-tagging, HDR digital zoom, auto flash, face detection, digital image stabilization,  touch to focus.etc.

The Apple iPhone SE 2 features a 4.5-inch IPS LCD multi-touch display with capacitive touchscreen. The display has a pixel density of 290 ppi, while the resolution is 640 x 1136 pixels. It features a fingerprint scanner for added security.  While the current model adheres to the aesthetics of the iPhone 5S, a leaked image shows off the all-glass rear of the latest model, which almost looks like the Jet Black finish of the iPhone 7 and iPhone 7 Plus. It’s highly possible that Apple will go for a  richer look this time around as they try to align this budget model with its higher-end core iPhone devices. For networking and sharing, this latest Apple handset provides a lot of choices like  - GPS, Bluetooth v4.2., Single SIM, 4G with VoLTE, Wi-Fi, mobile hotspot, NFC, and USB.

The Apple iPhone SE 2 ships with 32/64GB of default storage, however, the option to expand memory remains non-existent.

In terms of battery, the android phone is juiced by a 2,100mAh Li-Po unit, however, the battery is not removable.

Under the hood, the Apple iPhone SE 2 ships with a marvelous design and a strong processor. It is as well loaded with nice camera functionalities. The handset impresses with its optics features as well. Truly, a great choice if you are scouting for a budget-friendly Apple iPhone. However, take the above details with a pinch of salt as it is based on an untested source of information. You can get more authentic details when Apple announces the official launch.

Apple is probably going to introduce a new iteration to their tiny powerful smartphone that was introduced in March 2016. We are talking about the Apple iPhone SE, the special edition handset that came with 4-inch display. As most of the Apple executives thought that introducing a 4-inch was a great idea when world is moving to bigger bezeless displays. Apple iPhone SE 2 might be introduce soon, looking at the high number of sales of iPhone SE in India. It might be India specific phone catering a high demand of a compact and powerful phone. It is expected to come with a 4.5-inch screen and improved internals. 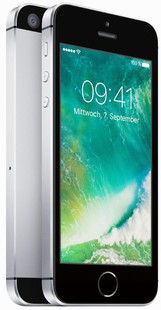