Taiwanese firm Acer Inc is a major hardware and electronics company. Acer Liquid Z6 Plus is a smartphone developed by Acer Inc. and the device was announced at a grand event held in Taiwan in September 2017. Acer's Liquid Z6 Plus is a middle-class smartphone with a large Full-HD display, fingerprint sensor, and a huge battery. The price of the handset in India starts from INR 18,499 and is due to be launched during November 2017.

The CPU is an older - a MediaTek MT6753, which is said to be an upper middle-class processor. It comes with eight cores running at up to 1.3 GHz and is supported by 3 GB RAM. The processor can deliver decent performance, however, not that many apps can make use of all eight cores. The ARM Mali-T720 MP2 graphics processor manages the graphics requirements of the gadget. The 3 GB RAM ensures that users get a seamless and flawless smartphone experience. In terms of software, the device boots on Android OS, v6.0 (Marshmallow) operating System.

In terms of optics, the Acer Liquid Z6 Plus features a 13MP primary camera in combination with a 5MP front-facing camera for snapping decent selfies. The primary shooter provides remarkable photographs with various features like autofocus, LED flash etc. The camera is also equipped with other features like Geo-tagging, touch focus, face detection, HDR, and panorama. video Recording 1080p videos is now possible at a speed of 30fps.The front camera takes decent selfies.

In terms of design, the Acer Liquid Z6 Plus handset ships with a 5.5-inch Full-HD TFT display with 2.5D curved glass. The screen resolution is 1080 x 1920 pixels while the pixel density is 441 PPI. The handset features a fingerprint scanner and provides added security. TFT displays deliver very clear and vibrant colours. They are power saving and use about half the amount of energy than normal screens. As well, the Capacitive Multi Touch display promises an interactive mobile user experience for the customer.

On the storage front, a 32 GB of flash storage is the de facto norm for many Android phones in this price band. But, the user can extend the storage up to 256GB by using a MicroSD.

The Acer Liquid Z6 Plus is shipped with a 4,080 mAh unit. Thus, it doesn't warrant plugging in very often and can easily last for three days with normal use. Besides, a power-saver mode is available, which can automatically be activated by the mobile user if the battery is about to drain.

The sturdy Acer Liquid Z6 Plus is good-looking and the design is really appealing. The presence of a Full-HD display is still something unique in this price band. The massive-capacity battery lasts for days. However, we can only suggest the Liquid Z6 Plus to potential customers who like the design and a long battery life rather than general usability.

Acer Liquid Z6 Plus full specs and reviews as of Jul 2021. Buy it here! 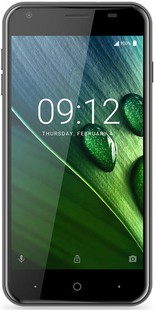